An ELF file is a standard way of describing executable, shared libraries and object, it’s the default executable format in several system such as Linux, *BSD, and more esoteric system like the PS3 OS.

An ELF file is described by its header, Elf32_Ehdr, which is present at the beginning of it. It contain information about segments and sections of the executable. 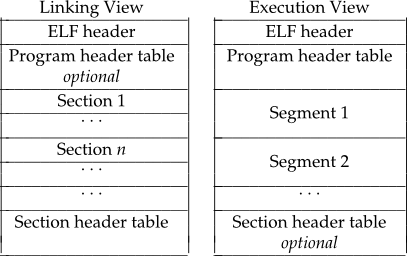 For more information about the ELF format, look at the elf.h file given and into the elf(5) man page.